Eating Healthy - Didn't eat so healthy over the holidays? We got you covered. Try some of our healthy but delicious entrees!

View our menu
Eating Healthy - Didn't eat so healthy over the holidays? We got you covered. Try some of our healthy but delicious entrees!

to The Little Farmhouse Cafe

Chef Chris Morrison specializes in innovative, New American, Farm-to-Table cuisine with Southern roots and European flair. Originally inspired by cooking in the kitchen on the farm with his Grandmother, Elsie, he followed his passion by graduating from culinary school and, soon after, opening a successful catering business called MRDfoods. The catering company quickly grew into the addition of a small cafe in early 2018, which lead to the expansion of The Little Farmhouse Cafe into a full-service restaurant and bar that opened in December of 2019.

Read more about us

The Little Farmhouse Café is a family-owned and operated Farm-to-Table restaurant, serving up New American-style cuisine with French twists and 2 sides of southern hospitality. We source from various local farmers and other small businesses to provide the freshest and utmost quality ingredients that our guests are sure to taste in every bite. Breakfast/Lunch served all day...Brunch specials on weekends...Dinner hours coming soon! 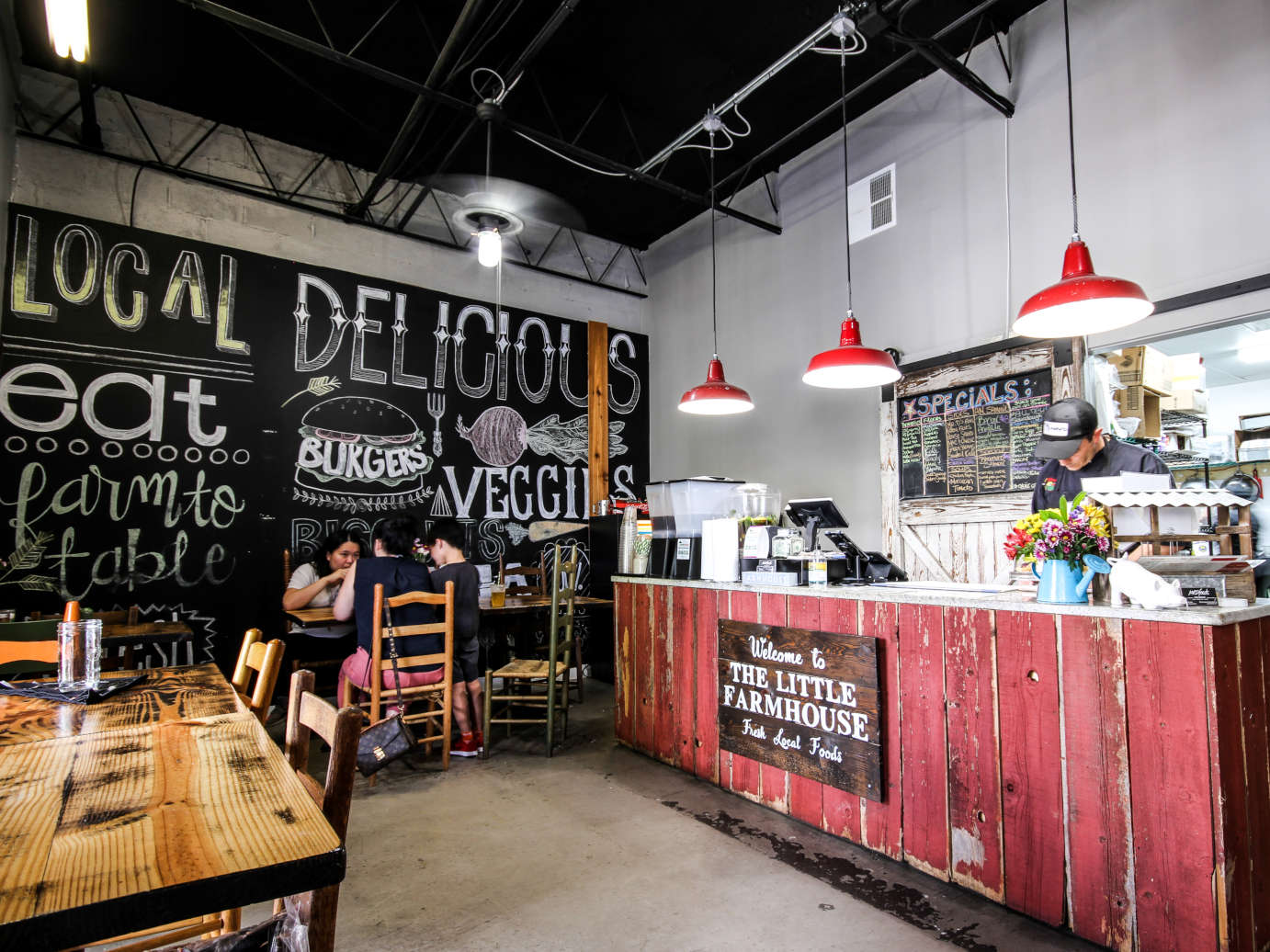 Yes we're open for Easter Sunday! Come join us for a delicious meal!

Blown away! This has to be one of my new favorite favorite breakfast spots. Tucked away in an industrial park neighborhood, this place is something you would only discover by word of mouth which was evident with the crowd build up prior to opening.

Do yourself a favor and set out to find this place! I'm always looking for a great breakfast spot to call home when I'm on the road and this one fits the bill. Don't let the construction deter you. Drive around and look for the little red tables and all those happy people eating well crafted, easy to understand fantastic food.

A- MAZ- ING!!! Wow if I could eat here daily I would!!! Everything was FRESH. Staff was super friendly and it was the best avocado toast I've ever tasted. (I had it with the smoked salmon on top) and a side of creamy grits. Grits were seasoned to perfection.

Hidden gem in an industrial complex. The Heirloom Toast was so savory and delicious and the Berried and Glazed Croissant was one of the yummiest things I've tasted in a while! So worth it!

Loved this place. Driving here felt like "are we going to the right spot?" but it is tucked into an industrial plaza suite. SUPER AWESOME SPOT!! food was delicious. I got the special "huevos rancheros" with brisket.